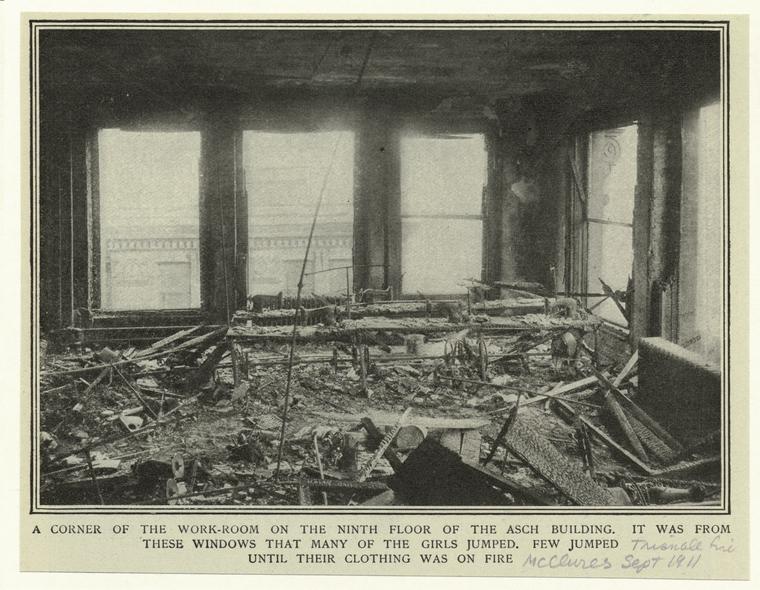 In 1911, the Triangle Shirtwaist Factory was the largest shirtwaist manufacturer in New York City, and possibly in the country. The factory thrived on the cheap labor of immigrants flocking to New York City from Europe. In many cases these immigrants fled oppressive nations, carrying with them their tailoring skills which they passed down to the younger generations of their families. These immigrants were exploited and forced to work long hours with little pay in the textile factories in New York City. According to one survey taken in the 1890’s the average workweek in textile shops was eighty-four hours, twelve hours for every day of the week.

Entrepreneurs Max Blanck and Issac Harris who also happened to be in-laws, watched as the booming textile industry made its mark on New York City. They knew that there was money to be made so they embarked upon a plan to open the Triangle Shirtwaist Factory. The shirtwaist or ladies blouse was one of America’s first fashion trends to transcend the class divide. “The waist-and-skirt combination both symbolized and enabled a wave of women’s liberation.” The shirtwaist was appropriate for working in a factory or attending temperance or ladies auxiliary meeting, a versatility which was a hot commodity in a time when women’s clothing was layered and bulky.

In 1900 Blanck and Harris named their business the Triangle Shirtwaist Factory, moving into an ideal location just a year later, a building named for the developer Joseph Asch. The owners leased the ninth floor of the building which was a little more than nine thousand square feet. They outfitted the space with machines and set to manufacturing their products. By 1909, the business leased the eighth and tenth floors of the Ashe building, employing hundreds of workers. As the factory expanded, Blanck and Harris felt vulnerable to union organizers who felt that the workers were treated poorly. The owners felt that the best defense against union infiltration was to lock the workers in. This proved to be a devastating decision when the fire broke out in 1911.

As eyewitness to the horrific ordeal William G. Shepherd, explained “I learned a new sound--a more horrible sound than description can picture. It was the thud of a speeding, living body on a stone sidewalk. Thud—dead, thud—dead, thud—dead, thud—dead. Sixty-two thud—deads. I call them that, because the sound and the thought of death came to me each time, at the same instant. There was plenty of chance to watch them as they came down. The height was eighty feet."

This tragedy is noted as the worst factory fire in the history of New York City. It occurred on March 25th, 1911 in the Asch building located at the northwest corner of Washington and Greene streets, where the Triangle Shirtwaist Company occupied the top three of ten floors. The company employed five hundred, mostly Italian and Jewish immigrants between the ages of thirteen and twenty-three. In an effort to keep the workers at their sewing machines and to keep out union organizers, the proprietors had locked the doors leading to the exits.

The fire began shortly after 4:30 p.m. in the cutting room on the eighth floor, and fed by thousands of pounds of fabric, it spread rapidly. Panicked workers rushed to the stairs, the freight elevator, and the fire escape in an effort to evacuate. Most on the eighth and tenth floors escaped, however, dozens trapped on the ninth floor died, unable to force open the locked door that would have led to their escape. The rear fire escape had collapsed killing many and eliminating an escape route for others still trapped. Some tried to slide down elevator cables but lost their grip while others jumped to their death from open windows. Pump Engine Company 20 and Ladder Company 20 arrived quickly but were hindered by the bodies of victims who had jumped. Witnesses thought the owners were tossing their best fabric out the windows to save it, then realized workers were jumping, sometimes after sharing a kiss. The ladders of Company 20 extended only to the sixth floor, and life nets broke when workers jumped in groups of three and four. Additional companies were summoned by four more alarms transmitted in rapid succession. “Onlookers by the hundreds hurried toward the action the fastest among them in time to see tangles of bodies some trailing flames, tumbling from the ninth-floor windows of the Triangle Shirtwaist Company.”

A total of 146 workers died in less than fifteen minutes. Although there was widespread revulsion and rage over the working conditions that had contributed to the fire, many defended the right of shop owners to resist government safety regulation, and some in government insisted that they were at any rate powerless to impose it. 1The owners of the company were charged with manslaughter and later acquitted. In 1914, the owners were ordered to pay damages in the amount of $75 to each of the families of twenty-three victims who had sued. The Factory Investigating Commission of 1911 gathered testimony, and later that year the city established the Bureau of Fire Investigation under the direction of Robert F. Wagner, which gave the fire department additional powers to improve factory safety. The event crystallized support for efforts to organize workers in the garment district and in particular for the International Ladies' Garment Workers' Union. It remains one of the most vivid symbols for the American labor movement and a constant reminder that government must ensure a safe workplace. 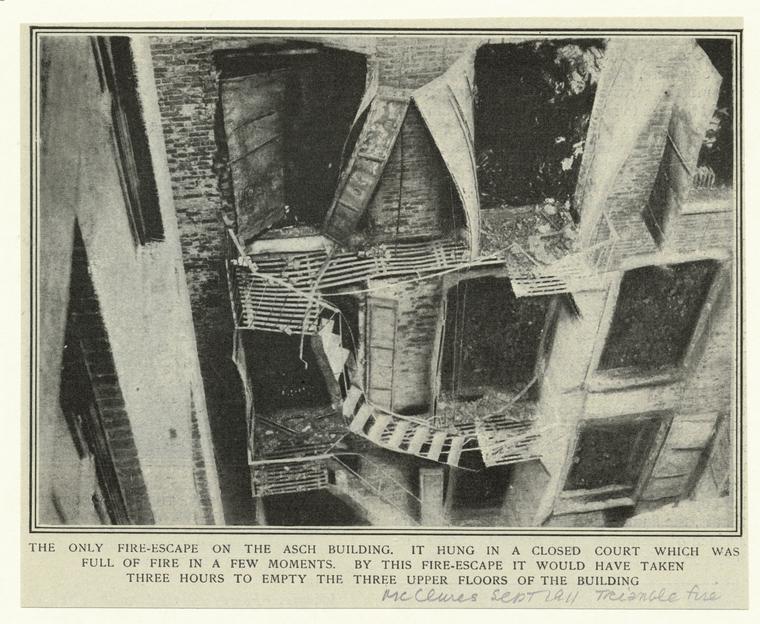