To find out more information or to register, click here. 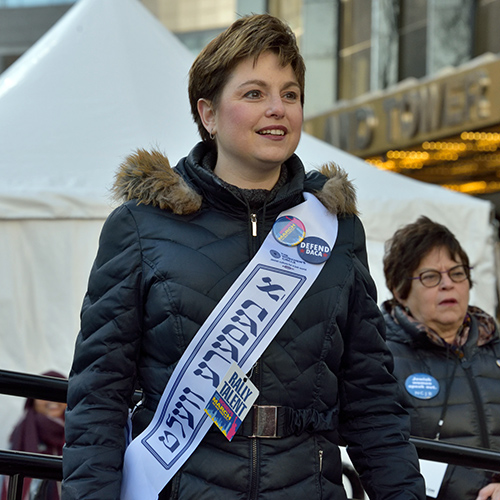 Ann Toback has served as the Executive Director of the Workmen’s Circle since June 2008.  For more than a century, the Workmen’s Circle has been cultivating a proudly progressive, diverse and inclusive community rooted in Jewish culture and social and economic justice activism. A lifelong progressive activist – whose grandparents met at a union hall – and trained attorney, Ann previously served as the Assistant Executive Director at the Writers Guild of America, East from 1999-2008.  A highlight of Ann’s union career was successfully directing and organizing the 2007-2008 Writers Guild strike on the East Coast before coming to lead the Workmen’s Circle.

Since announcing their new work, the Workmen’s Circle is proud to have launched a growing network of eight Jewish cultural supplementary schools, which attract many different kinds of families seeking community, hands-on Jewish learning, and social justice activism.

In 2015, the Workmen’s Circle made the strategic decision to reengage around its progressive roots and launched a new activist agenda prioritizing the Fight for $15 campaign.  Under her leadership, the organization has worked fiercely to remain a bulwark in the fight for the dignity and economic rights of immigrants; worker protections, including the right to unionize and collectively bargain; living wage; and currently the organization is fighting the national rise of Fascism, bigotry, including anti-Semitic acts, and hate crimes.

Previously, Ann served as an attorney at Rosenberg and Shapiro. She attended Boston University School of Law (J.D., Mediation and Litigation) and SUNY Buffalo (B.A., English Language and Literature/Letters). 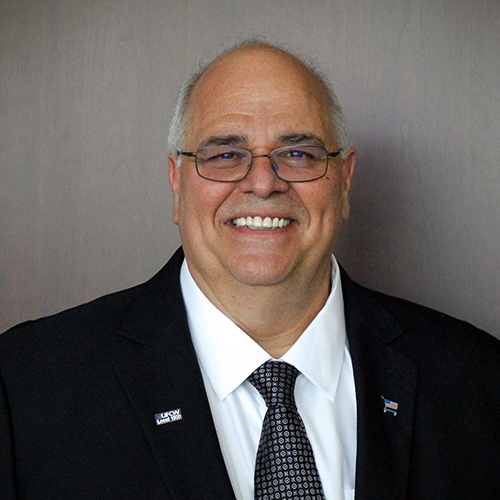 Anthony Speelman was born in Bronx, New York and currently resides in Medford, Long Island. He attended College at Suffolk Community in 1975 where he majored in Communications and Meteorology. While in college he began working for Dairy Barn Stores, a chain of drive thru convenience stores located on Long Island.  It was at this time he became a member of UFCW Local 1500. Over the next 12 years, Anthony quickly went from being a part-time clerk to store manager.

It was during his employment with Dairy Barn that Anthony became involved with his Union.  While at Dairy Barn, he was elected to two Union negotiating committees. In 1979 he was elected as a Vice President on the Local 1500’s Executive Board, a position he held until 1986.

In August of 1986 Anthony was hired as an Organizer for UFCW Local 1500, a position he held for 2 years. Since then Anthony has held the positions of Union Representative, Political Director, Field Director and Assistant to the President. In October of 2004 Anthony was elected to be the Union’s Executive Vice President.

In 2009, Anthony was unanimously elected by the Executive Board to be the Secretary-Treasurer of UFCW Local 1500. He is the Plan Manager on the Union’s Pension and Welfare Funds and a Trustee on the Local 1500 Scholarship Fund. Anthony also sits on various Advisory Boards, Union Councils and Community Organizations such as NYC Jobs with Justice. Anthony has also received many Awards and Citations from various Congressional Leaders and Political Organizations.

Anthony has been a member of both the Democratic and Working Families Parties. He felt he could make a difference in the Town of Brookhaven where he resides and in September 2001 ran for a seat on the Town Board. Anthony won both the Democratic and Working Families Party Line.  Although Tony was unsuccessful in his bid for the Town Board it has not swayed him from seeking a run at elected office in the future. Tony also serves his community on the I Live Fit Foundation, and is a proud graduate of the Molloy College Energeia program.

In his spare time, Anthony enjoys watching baseball, (an avid Yankee fan), traveling and spending time with friends. A devoted family man, Anthony enjoys being with his wife Beverly, his two children Carissa and Derrick.