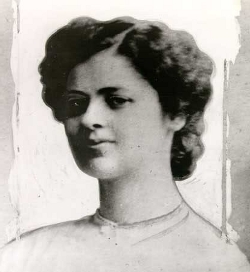 In the early 1900’s, Clara Lemlich participated in efforts to improve wages and working conditions for her co-workers in the garment industry. Despite a number of severe beatings by goons hired by factory owners, Lemlich continued her organizing efforts. On November 22, 1909, after hours of speeches from labor representatives, mostly men, she mounted the stage at the Cooper Union and addressed the workers in Yiddish. Her words and spirit inspired 20,000 in the garment industry to go on strike, an action that lasted until February 10, 1910 and resulted in better wages and working conditions for members of the ILGWU. Ironically, and tragically, the owners of the Triangle Factory did not participate in the industry agreement.